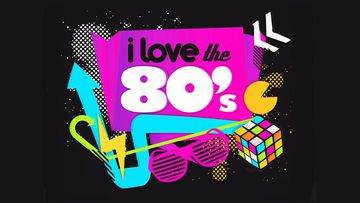 Ahhhh, the late 80s and pop music, there isn’t much that brings greater joy for me to think about than those days. Life was easy back then. I ranged in age from 10-13. 1986-1989 were the years that some of our pop divas made huge marks on popular music and me. The American Music Awards held in January 1987 saw Whitney, Janet, and Madonna all take home awards AND they were all there to accept.

All of these late 80s music memories came rushing back recently when I was sitting at my desk pretty much jamming to the new Carly Rae Jepsen album, Emotion, and a student of mine entered my office, sat down, and said, “Is that Carly Rae?”

“Why yes it is,” I responded. We proceeded to briefly talk about the hot lead single, Run Away With Me and why it isn’t a bigger hit. This song opens with a sax solo straight out of 1987 and a steamy fire escape set video staring Richard Marx. But what ensued, much to my delight and probably much to the dismay of my student, was a late 80s diva history.

First and foremost, The Queen of Pop, Whitney’s I Wanna Dance With Somebody (Who Loves Me). It is pop perfection. What I didn’t tell my student in our history lesson was how I used to act it out leaning up against the house like Whitney did when she had the leather jacket on and leopard print scarf in her hair. IWDWS is quintessential late 80s. The horns, the pop beats, the bright colors in the video, the make-up on Whitney. It all goes down in history as one of my favorite songs and definitely a late 80s favorite. It is interesting to note that IWDWS was written by the same duo who wrote How Will I Know, which was originally intended for Janet Jackson, but helped cement Whitney as a pop icon in the making. The duo of George Merrill and Shannon Rubicam, of the group Boy Meets Girl fame (another favorite song of mine, Waiting For A Star To Fall) wrote both pop hits for Whitney and actually intended Waiting For A Star To Fall for her but Arista declined so they made a hit out of the song. Whitney received song writing credits for coming up with the ending, “Don’t you wanna dance, say you wanna dance, don’t you wanna dance (dance)”.  She won Best Pop Female Vocal at the 30th Annual Grammy Awards for I Wanna Dance With Somebody (Who Loves Me).

My student of course had heard of Whitney, but really only knew her in reference to the recent tragic loss of Bobbi Kristina and the song I Will Always Love You. I couldn’t help myself but to show her a bit of the video and expound upon her the importance of knowing Whitney Houston and I Wanna Dance With Somebody (Who Loves Me). Honestly, when students happen into my office and let’s say Whitney is playing, I try to make sure they know who she is and why she is important, for real. 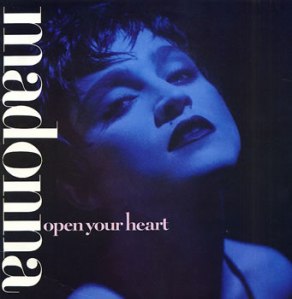 The second song that really defines the late 80s for me, and if we are keeping to the three top divas of the time, is Madonna’s Open Your Heart. I have heard that Madonna is performing this song on her current Rebel Heart Tour, which makes me happy. There were very few things that my parents forbid my brother and I to do, to watch or to listen to, but Madonna, especially Papa Don’t Preach was on that short list. Somehow Open Your Heart was not on that list and I remember over and over watching that video on MTV. My dad owned a fedora, though it was more of a beach hat, I wore that and danced like Madonna and the little boy all over my house. I do remember thinking less about Madonna’s spiky bustier leotard and way more about how I thought that boy was cute. Remember I was all of 11 at the time. Another thing I never noticed then, or didn’t think about, is that in the opening of the peep show there are two sailors sitting arm and arm together.  Madonna pushing the limits of equality even in 1988!! When Madonna would hang her head way back over the chair and slide off that black wig to reveal her short blonde cut, I died every time!  Still do! Finally, when the boy and Madonna dance shoulder to shoulder at the end of the video, I was so jealous and would fantasize that that was me dancing with Madonna, for real! What a fantastic, fantastic late 80s song that had such a big impact on me and my love of music. It truly is, maybe besides Borderline the first Madonna song that I absolutely loved, oh and Material Girl too. But anyway, it really set a tone for the type of music I would gravitate toward throughout my life. “Open your heart with the key. One is such a lonely number.” Yup, longing, loving, schmaltzy, can’t live without him songs. All of that, and a gay reference in 1988, Way to go Madonna!

This was a 1987 hit and seventh single from her Control album which was a pretty big success for Janet, but nothing like her next two albums would prove to be. The Pleasure Principle was Janet’s first real dance video that I remember. It reminded me so much of Ren McCormick in Footloose dancing in the grain elevator. Don’t get me started on the importance of that movie in my life. HA! Anyway, TPP as you can now imagine, was acted out, many, many times in my basement and in my garage as I would try to recreate Janet’s passion. I’m not much of a technical dancer, so I would go more for the passionate hand to forehead move and throwing my body up against the wall. Oh and the taking off of the jean jacket and swinging that about. That was good too. I loved the part where she danced in front of the wood slats with light shining through and in front of the mirrors. This was a perfect dance hit.

So getting back to the late 80s pop history for my student. It really only included the Whitney portion, but brought back many memories of these other two hits as well. I’m sure my student was thankful for the lesson. We then talked about Carly Rae and her super cool pop album that really should be a much bigger hit.

Stop! Stop right now what you are doing and go listen to these songs from Carly Rae Jepsen’s album Emotion.

Run Away With Me

Making the Most of the Night

Seriously, listen to this album now! It is just as good, if not BETTER than Swizzle’s 1989, also a great pop album, but CRJ can ACTUALLY hold a tune!

I don’t remember where I read or heard this recently, online or NPR, but whatever it was, it said that after the age of 33 we really don’t choose to listen to music that is much different than the music we have always listened to. Thinking about this idea, it really is true for me. I don’t listen to much new music and if I do it really is pop stuff, like Carly Rae’s new album. My music interests and the artists I most listen to now are those from the late 80s and early 90s, for the most part. These were all pivotal influences on my life, especially my life in music. Dick Clark famously said, “Music is the storybook of our lives.” What a true statement. When you think about it, music can take you back to good times, sad times, happy times, bitter times, fun times, really the storybook of our lives. Go enjoy some music from your past and take a walk down memory lane, then listen to Emotion by Carly Rae Jepsen! 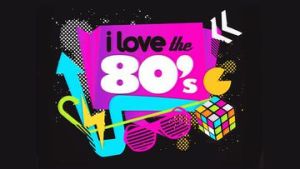