Don’t get all excited.  My crush isn’t romantic at all, more I’m crushing on Adam Rippon because of the role model status he now has as the first openly gay athlete to qualify for the Winter Olympics.  What a joy it is to know that there are so many people out their for our young, questioning LGBTQ+ youth to look up to.  When I was young I didn’t really have anyone.  Gay men were not in the media except Liberace and eventually Elton John but I didn’t relate to them.  Now, just within the last few years and especially right now there are so many different examples of real and fictional people who are role models and what a breath of fresh air!

“I always felt like it was really important for me to share my story ’cause like when I came out, I did that because when I was young,  I didn’t really like have any role models and um, I wanted to share my story and kind of normalize it a little bit.  And I think it is really important especially in this day and age to share who you are; share your story, especially as a gay athlete.”  ~Adam Rippon

And there you have it, my crush because he is unabashedly himself.  He is snarky and flamboyant and talented and athletic and full of heart.  Adam Rippon is out there setting an example and being himself and sharing his confidence and love and spreading joy.  I will admit, my first encounter with Adam was back in January at the National Skating competition.  I felt he came off confident and charming, but almost arrogant.  That all changed a couple of weeks ago when I started watching the Olympics, watching his interviews, and following him @adaripp and @NBCOlymics on Instagram.

And then there is this one! 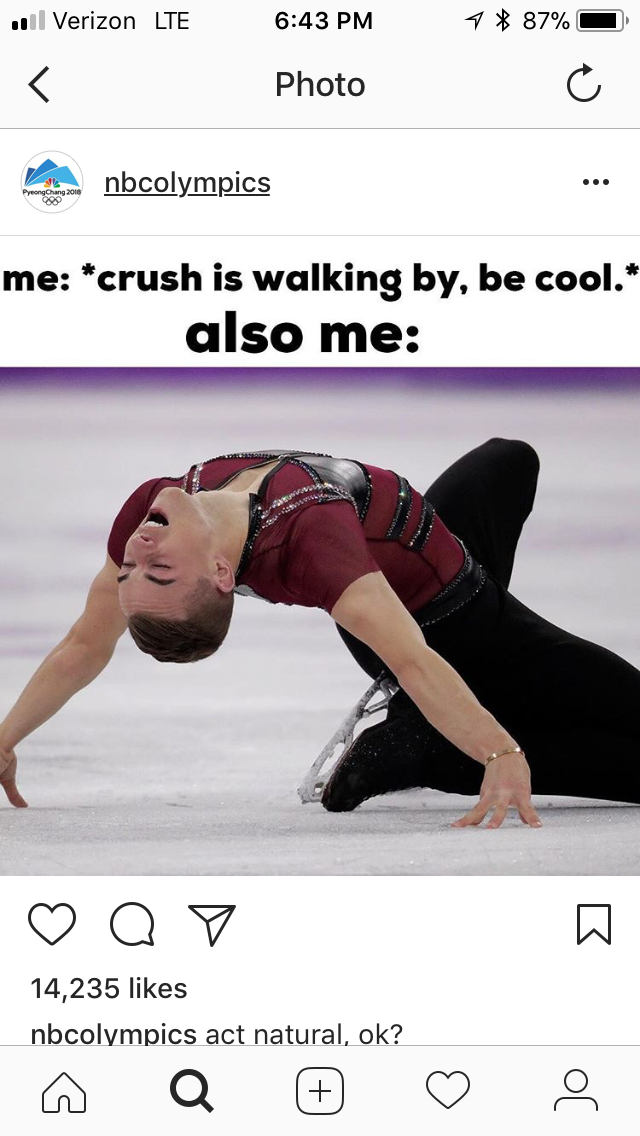 Let’s be honest here, as a young boy growing up there were not role models.  I mean, I loved Whitney and pageants, but I couldn’t talk about that but I didn’t feel safe really talking about that and there wasn’t someone older out there, gay, saying he was interested in the same stuff.  I watched the “Battle of the Carmens”, Katarina Witt vs. Debbie Thomas, and the “Battle of the Brians” Brian Orser vs. Brian Boitano, at the 1988 Olympics in Calgary.  I loved it.  Those were the first Winter Olympics I remember.  The red and black sparkles of the ladies’ outfits and the military spandex of the men. 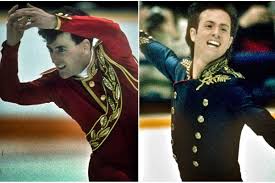 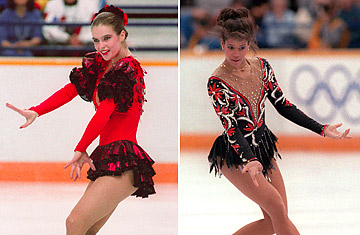 But it wasn’t until 1992 in Albertville that I really fell in love with skating.  Kristi Yamaguchi was everything in my world at that moment.  I had articles and photos taped to my bedroom walls.  I remember the night of the short program I had a band concert and I was so upset that I was going to miss her performance.  Luckily I taped it on the VCR.  I was 15 at the time.  After that Winter Olympics I got rollerblades and I created programs in the street and at the neighbor’s house.  Of course I couldn’t jump, but I was doing triple toe loops in my head with music blaring from my boombox.

A few weeks ago, when Adam Rippon hit the Olympics and landed an expert program to help the USA bring home a team bronze, there was so much buzz.  I read this article from Vanity Fair and basically I could have written it myself.  It is everything I think and feel from back in those days and coming full circle today.

The Bittersweet Beauty of Adam Rippon

How much an out gay Olympian could mean to a kid now–or to a 34-year-old who’s been waiting for it his whole life.

The subtitle says it all.  It could read, “A 41-year-old who’s been waiting for it his whole life” and that would be me.  So here I am thinking how wonderful a time it is to live, minus all the news out of Washington D.C., for many of our LGBTQ+ youth.  Yes, there are still attacks on transgender rights and that has to stop, but for a brief moment in time, Adam Rippon captured the conversation of a nation.  Everyone was talking about Adam.  And because of that and all the media coverage, some little boy in Nebraska, who hasn’t quite figured himself out, but now knows that there are people out there like him and Adam and me, who might now feel just a little bit more confident that, everything will be ok. 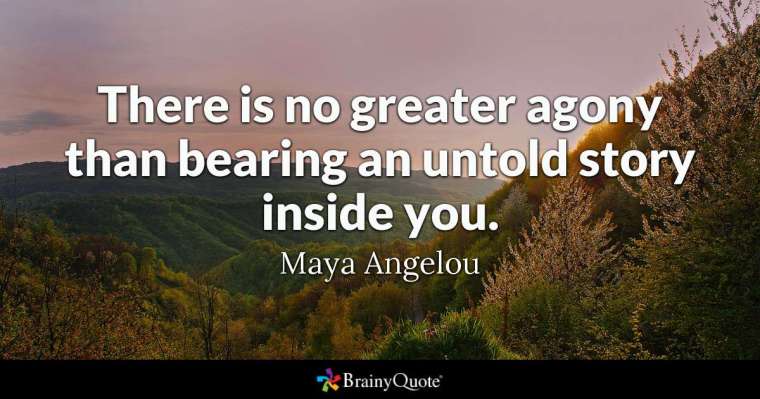 Recently, Oprah made headlines with a speech she gave at the 2018 Golden Globe Awards.  It was a very powerful speech for many reasons.  She spoke about the #METOO campaign and she talked about living your truth.  When we live our truth we put out there positive energy that not only helps us, but undoubtedly helps someone else who might be watching and we just don’t know it.  When you live your truth you live with power.  You live with the power to make choices and to take roads less traveled and to blaze a path that perhaps has never been blazed before.  When you live your truth you empower not only yourself but you empower other people.  Living our truth is the greatest gift we can give. 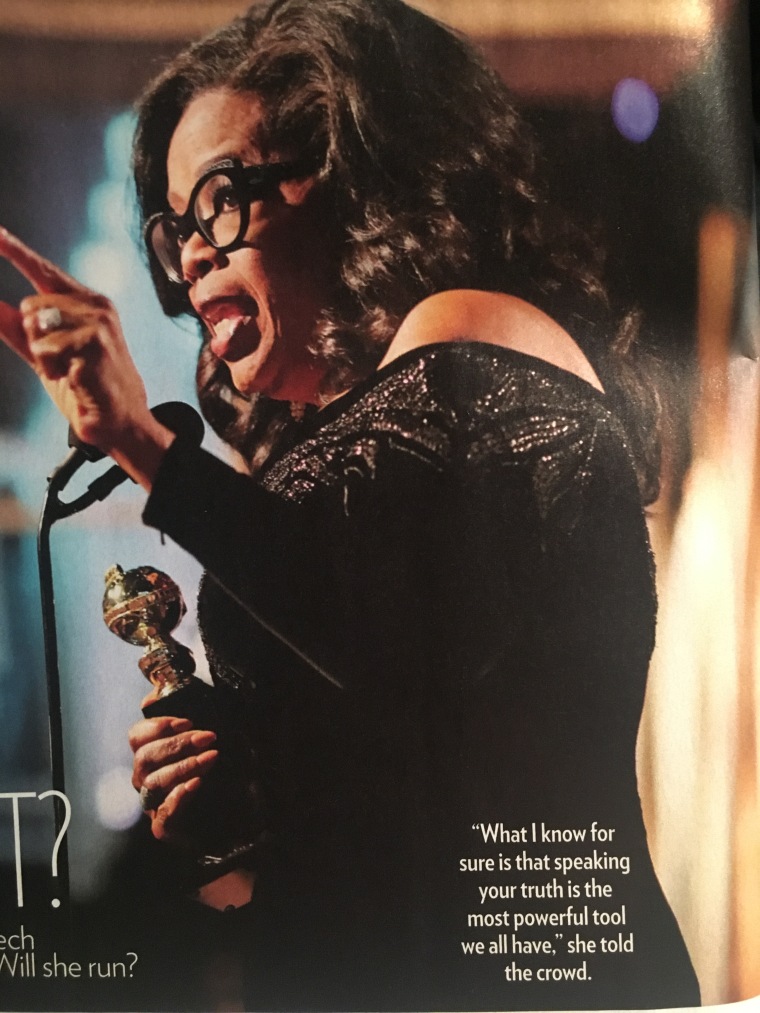 What is so wonderful about Adam Rippon is that he lives his truth.  Maybe if there was an Adam Rippon back in 1988 or 1992 I would have started living my truth much sooner.  Maybe I wouldn’t have, who knows, but what I know for sure is that we might not all identify with him on the surface, but we all can relate to the power he brings to the conversation about just being you, just being the person you were born to be, just living with the freedom to be who YOU are supposed to be.

So that brings me to the now.  Besides Adam, there is so much GAY out there and it is wonderful.  We have the reboot of WILL & GRACE and QUEER EYE!  I cry at every single episode of the new Queer Eye.

These are two shows that changed the conversation back in the late 90s and early 2000s.  Our country is in such a different place of acceptance and tolerance now.  We do have a long, long way to go but we’re getting there and perhaps these shows helped just a little bit.

You remember this and what a shock it was and then what an, ah ha moment!?! 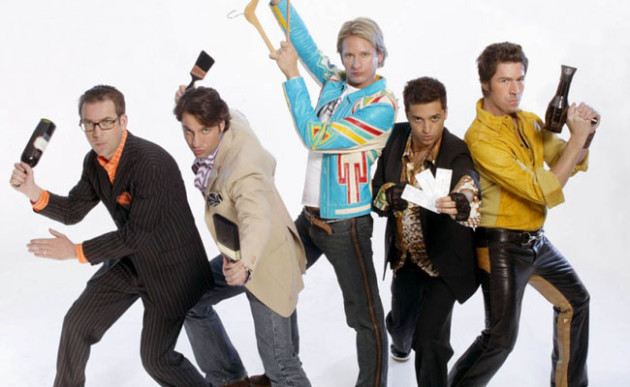 And at the Oscars on Sunday, Call Me By Your Name is up for several awards including Best Picture and Best Actor.  It’s a movie about love, finding love, and losing love.  Yes, the title characters are gay, but they could be anyone really.  These are two men who are trying to live their truth while needing to hide it as well.  What a beautiful story about love and lust and the agony of loss.  These are the normal emotions we all feel. 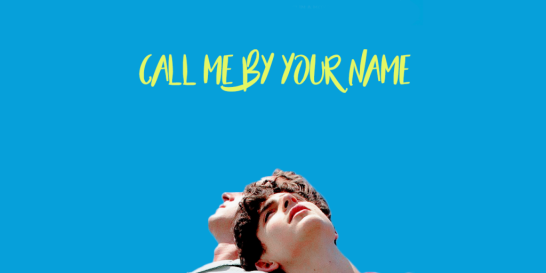 Finally, on March 16, the move Love, Simon will be released in theatres nationwide.  What is that you say, a nationwide released movie about a teenager coming out and finding love?  YES, yes it is indeed!  This is AMERICA and in 2018 we have movies about Amer-I-CANs living their truth.  I wonder what it would have been like if ALL of these amazing, heartwarming, wonderful things in the media and pop culture would have been around in say 1990?  How would my life and so many gay American’s lives be different?

“Everyone deserves a great love story, but for 17-year-old Simon Spier, it’s a little more complicated. He hasn’t told his family or friends that he’s gay, and he doesn’t know the identity of the anonymous classmate that he’s fallen for online. Resolving both issues proves hilarious, terrifying and life-changing. ~Love, Simon

What I know for sure (I love you Oprah) is that I was gay as hell back then and I’m gay as hell now.  Almost everything about my interests as a kid and teen SCREAMED, “YOU’RE GAY MATT” but I didn’t have an Adam Rippon to look up to.  I didn’t have shows and movies that portrayed anything other than heteronormative families.  I was different, and I knew it, but I never felt I could express it to anyone.  Sure I played dress up in my house and watched pageants on television and I loved figure skating and thought boys were cute and the list goes on and on.  One of these days I should write a blog titled, “The 1000 Signs Matt Was Gay As A Kid”.  I mean, honestly, there might be more.  I digress, what I love about right now is that Adam Rippon is the first openly gay athlete to qualify for the Winter Olympics, compete in them and WIN a medal.  Way to Go Adam!  Thank you for living your truth, being gay as hell, and sharing it all with us.  We owe you, all of us, big time!!